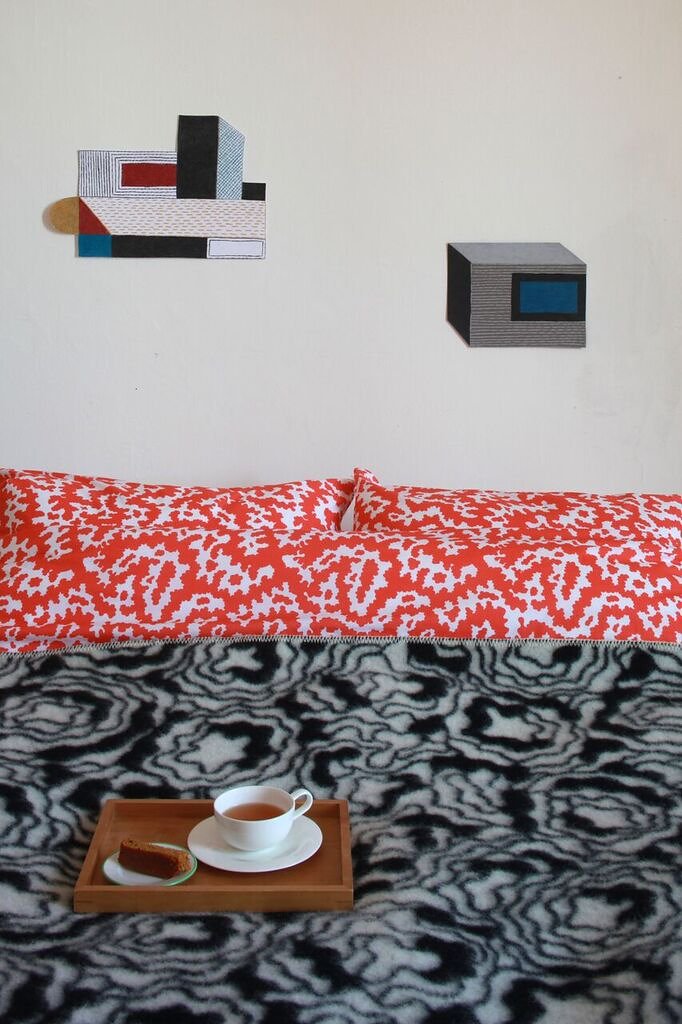 As seen on VOGUE : A New Fabric Collection From Two of the Colorful Minds Behind the Memphis Group

There’s a dizzying, almost bizarre quality to the furnituredreamed up by the founding members of the Memphis Group back in the ’80s—cartoon-like geometric shapes, colorful for days, and quirky blocked patterns. The same can be said about a clever new line from the Swiss textile company ZigZagZurich. The label’s CoopDPS collection features a range of brightly colored and wildly patterned fabrics that were created by two of Memphis’s founding members, George Sowden and Nathalie Du Pasquier. The collection includes wool throws, pillow covers, duvet covers, sheets, and curtains, all of which are available online now through ZigZagZurich. A brand-new series of prints will be introduced this April.

Sowden and Du Pasquier are quick to point out that though their current patterns certainly derive from the Memphis point of view, they are in fact something entirely different. “What we do now is a continuation of our approach,” Sowden explains. “The real legacy of Memphis is the change of approach it prompted, generally, in design. When you think about design movements, whether it’s Arts and Crafts or Bauhaus, what unites them is that each had a unique approach. Memphis was extraordinary in that it underlined a non-idealist, individualistic way of working, which became typical of the ’80s and ’90s.” Both Sowden and Du Pasquier intended for this project to feel current, but their coming together to work again was certainly a happy blast from the past. “I usually work on my own,” says Du Pasquier. “This is George and my first collaboration in many years, and the decorated surface is something we’ve both been working on since the ’80s. He introduced me to textile design back then, so in a sense this project represents coming full circle.” So what do they hope their updated, continuing creations will bring to people’s homes? Sowden says, “A very special identity.”