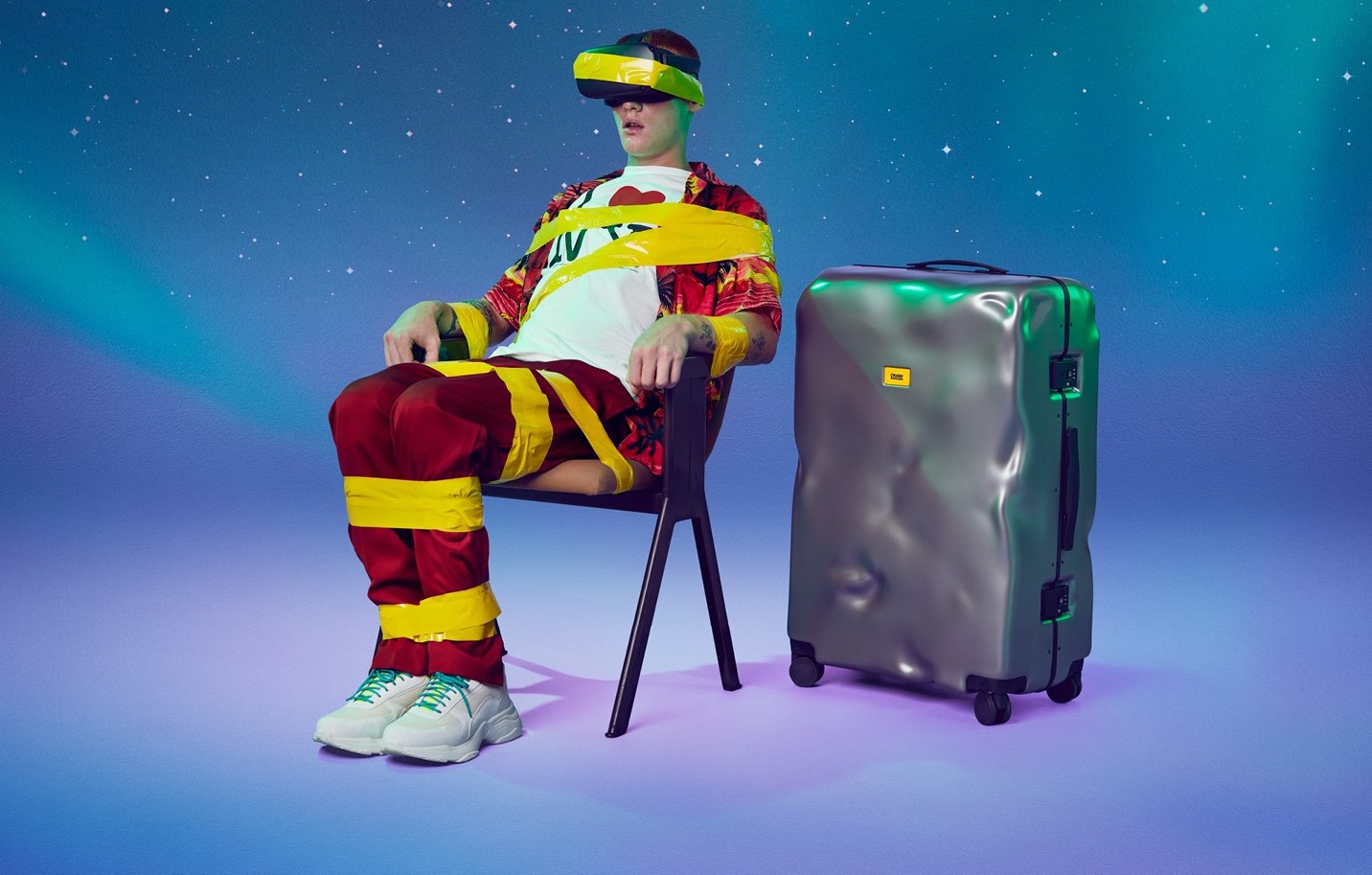 Only travel items dented with care.

This story might make loads of sense. Or none whatsoever.

CRASH ATTITUDE. Only the unexpected makes way for the wildest and most memorable adventures.

We design dented suitcases, backpacks and flasks because we believe that the best thing you can do, when travelling anywhere, is to let the unexpected happen. Why? Because the best stories to tell are those that happen when you least expect them to. Just like when we went to New York to photograph a bench and found our US reps. Or when we converted a pop-up store in Shanghai into a party worthy of Fear and Loathing in Las Vegas… We call these escapades Crash Stories and, to experience them, you need a Crash attitude. Are you ready to throw yourself into the craziest of adventures, without a care in the world?

Have a nice trip.

CRASH IDEA. The inspiration behind the first ever dented suitcase.

While at the airport, Francesco Pavia overheard a boy freaking out because his suitcase had been dented. Just then, a commanding voice entered his thoughts and said, “You will put an end to this heart wrenching sorrow.” Francesco tried to forget those words, but a seed had been planted in his mind. It was the idea that there was no point worrying about a suitcase that was destined, inevitably, to get ruined. Once back in his workshop, Francesco saw a beam of light enter through the window and shine upon a hairdryer and a hammer. And again, that voice carved out the indelible words, “Dent them son. Dent them all.”

CRASH PRODUCTS. We only make travel items dented with care.

Only a young, fierce and ‘dented’ team could create dented products. And we at Crash Baggage have dented all kinds of luggage: cabin trolleys, medium, large, striped and clear. Over the years, we’ve even taken our hammers to handbags, backpacks, flasks and – what else? Ah, of course – a Fiat 500. Today, we’re at our most famous, especially in China, where they’ve dedicated entire collections of Crash imitation suitcases to us (they’re cheap – you can see them for yourselves here, here or here).

CRASH MISSION. Transform every trip into a (Crash) story to tell.